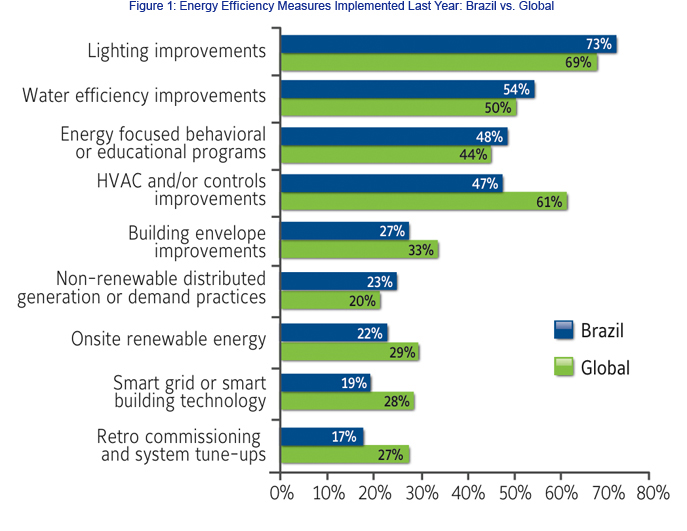 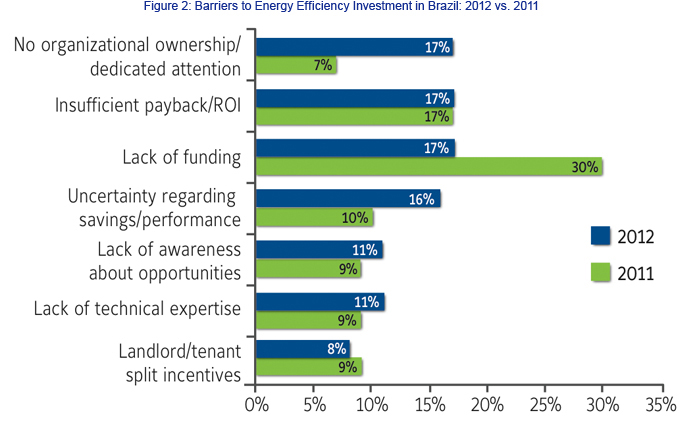 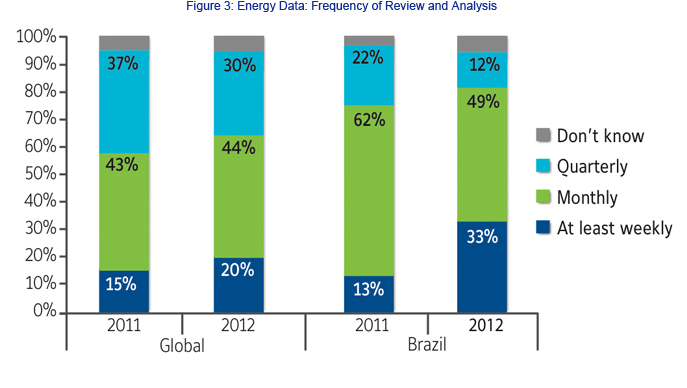 To qualify, respondents must have budget responsibility for at least one nonresidential building, and their responsibilities must include energy use, either through monitoring of usage or proposing or approving energy-related projects. The EEI survey is conducted anonymously.

Among Brazilian respondents, 69% classified their facilities as commercial, 19% as institutional (government buildings, hospitals and schools), and 12% as industrial. Twenty-seven percent of Respondents managed more than 500,000 square feet.

For additional information on global results, visit the EEI 2012 survey on the Institute for Building Efficiency website: www.institutebe.com/Energy-Efficiency-Indicator.