The sixth annual Energy Efficiency Indicator survey reached 944 building decision-makers in Europe. The 2012 European results point to significant and growing interest around energy efficiency in buildings. Interest in energy efficiency among building executives in Europe jumped by 15%. Seventy-nine percent said energy management was very or extremely important to their organizations, compared to 61% in 2011. Seventy-seven percent said they were paying more attention to energy in 2012 than in 2011. Interest in energy management was highest in the UK. Other findings include: 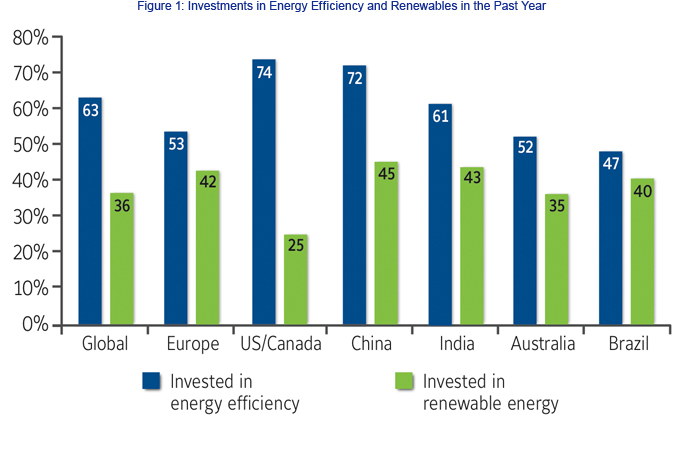 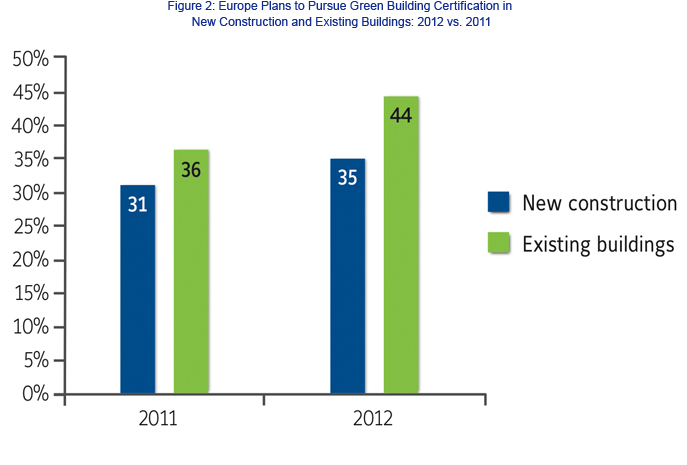 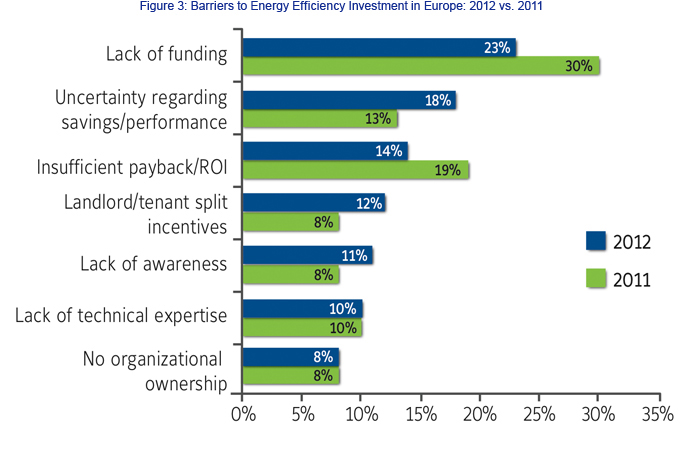 To qualify for the EEI survey, respondents must have budget responsibility for at least one nonresidential building, and their responsibilities must include energy use, either through monitoring of usage or proposing or approving energy-related projects. The EEI survey is conducted anonymously. Among European respondents, 61% classified their facilities as commercial, 16 % as institutional (government buildings, hospitals and schools), and 23% as industrial. Forty-two percent of respondents managed more than 500,000 square feet.