While many of these indicators have improved steadily across past years’ EEI surveys, the magnitude of the improvement from 2013 to 2014 is noteworthy. Numerous indicators showed strong double-digit percentage point gains.

This eighth annual EEI survey drew 687 respondents from the United States and Canada. Four key themes emerged from the survey. 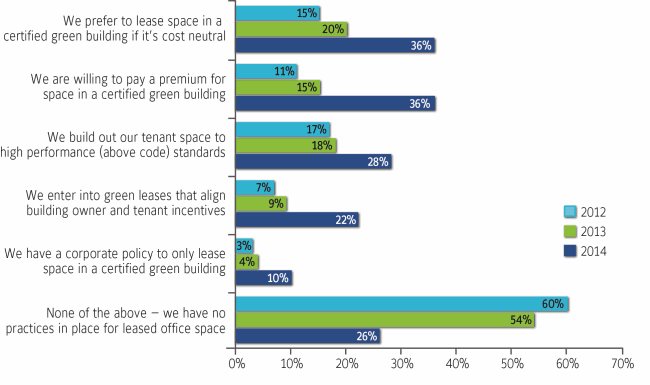 About the EEI Survey

The Energy Efficiency Indicator (EEI) survey has been conducted annually by the Johnson Controls Institute for Building Efficiency for eight years. The survey analyzes energy efficiency and renewable energy plans, practices and investments among executive-level decision-makers responsible for energy and facility management in buildings.

The survey is conducted online during March and April. Respondents remain anonymous. To qualify, survey respondents must:

The 2014 EEI survey was conducted in partnership with the International Facility Management Association.