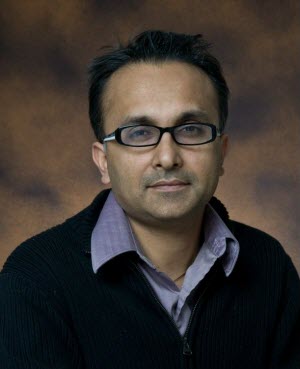 In a podcast on Dec. 14, 2010, with the Institute for Building Efficiency, Dr. Ravi Prasher of the U.S. Department of Energy’s Advanced Research Projects Agency-Energy (ARPA-E) shared his perspectives on fostering game-changing advances in building efficiency. Dr. Prasher directs the Building Energy Efficiency Through Innovative Thermodevices (BEET-IT) program for ARPA-E. He came to the agency from Intel, where he led the Thermal Core Competency group. He is also a Ph.D. mechanical engineer and an adjunct professor in Energy Nano Materials at Arizona State University. Highlights of his comments follow.

The following is a summary of the interview's main points. To listen to the entire podcast, please see the "Resources" section above.

Dr. Prasher: President Obama launched ARPA-E through the American Reinvestment and Recovery Act in 2009. It’s about pushing the boundaries of technology in ways that are cost-effective. We want to take things happening in basic science and try to accelerate that learning into making a [practical] technology. ARPA-E does not fund complete basic science projects and it will not fund evolutionary kinds of things. But if we really see an opportunity, something that has emerged in basic science, we want to see how we can accelerate the realization from research to development. The risk is very, very high because you’re taking something which is not proven. However, if it’s successful, then it could be as game-changing as the Internet was for information technology.

When you go [to ARPA-E] to pitch a program, it has to have a very high impact on reducing U.S. primary energy consumption, or reducing greenhouse gas emissions, or increasing U.S. technological lead. When we look at the building space, approximately 40 percent of our primary energy goes into buildings, and out of that, heating and cooling accounts for approximately 50 percent. So we realized that if you can come up with a big paradigm shift in terms of the efficiency of these technologies in a cost-effective manner, that can tremendously reduce energy consumption in buildings. That is why we launched this program called BEET-IT, and we have funded approximately 15 programs.

Dr. Prasher: One of our funding mechanisms is Advanced Device Prototyping, where typically the funding is on the order of $3 million to $4 million. And the idea here is that the science has already been proven and it’s now a question of making a device. But we do not want to leave out something that is extremely high-risk and looks potentially game-changing, but where there is no concrete data to show that it is very promising. So we have Seedling funding, which is typically less than $1 million, where there is some exciting idea and somebody wants to prove it by collecting a few data points. Roughly, the funding split we have seen is approximately 40 percent to universities and national labs, 40 percent to small companies and start-ups, and 20 percent to large corporations.

There is a difference between ARPA-E and a lot of other government agencies – we do not give grants. We give something called a Cooperative Research Agreement. That basically means program managers are actively engaged in each program. There are quarterly milestones for every program. There are go/no-go decisions on every program. And if we feel that a particular project is not going in the right direction and is definitely going to fail, then we have the ability to pull the plug.

When we hire a program director, we want to make sure this is somebody who can do science, technology and business at the same time. They can talk this language. A lot of my colleagues have come from venture capital or other large corporations. Or if they have come from academia, they have had their own experience – we call them academic entrepreneurs – so they know business very well.

Dr. Prasher: If you look at air conditioning today, it does two things. It reduces the temperature to your comfort level, and it controls the humidity. But the way air conditioning goes about reducing humidity is extremely inefficient. It completely cools the air so much that the moisture basically condenses out. And that leads to a significant increase in the thermal load on the air conditioning. So some of the great ideas we’ve seen, and where we have funded multiple programs, involve the use of membranes to separate the moisture out of the air. Another thing we talk about is the global warming potential of refrigerants, which is approximately 3,000 times larger than that of CO2. And there is a lot of leakage from these air conditioning units over time. So we’re looking at systems where you’re using, say, CO2 as a refrigerant, or it could be a totally different way of doing refrigeration, like thermo-electrics or magnetic refrigeration.

Dr. Prasher: The international landscape is very important. One of our objectives is to increase U.S. technological lead. That means U.S.-made technology gets sold in the rest of the world, and that is why it’s very important for us to have an international perspective. For example, building floor space is increasing at the rate of 8 percent or more in India every year. So there is a lot of demand for air conditioning, and that might be a place where they can implement new technologies. In the US, it’s a lot about retrofitting, because we have a huge building stock already in place. So when we look at an ARPA-E program, it has to fit into one of the three objectives we have mentioned – U.S. energy security,