Energy Efficiency for All: Clean Energy Financing in Developing Nations 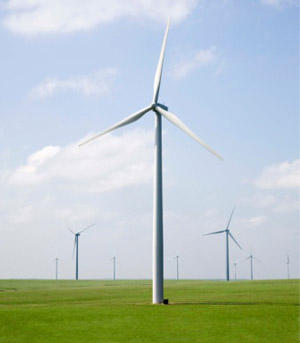 Access to basic energy services is a fundamental requirement for sustainable economic and social development. The link between energy and human development is well known and emphasized by the UN Millennium Development Goals1. Energy services are critical for healthcare, sanitation, education, mobility, enterprise, and all of the elements that developing nations need to raise the standard of living of their citizens.

Yet, about 22 percent of the world’s population—1.5 billion people in all—lacked access to electricity as of 2008, according to the International Energy Agency2. Despite large development investments, IEA forecasts that 16 percent of the population will still lack access to electricity in 2030. The electrification gap is greatest in South Asia, East Asia, Sub-Saharan Africa, and parts of Latin America. In these regions, energy efficiency and renewable energy projects are motivated by the need to expand basic energy services more than to by concerns over climate and energy security.

Energy efficiency and distributed renewable generation are considered essential elements of programs to expand electrification and energy access. As developing nations invest in expanded energy infrastructure, they have the opportunity to avoid the energy development patterns of the 20th century which relied heavily on polluting fossil fuels and compromised long term health, environment, and security goals.

Yet efficiency and renewables projects require significant upfront costs, an even greater challenge in developing countries still seeking to meet basic economic development needs. In the past decade, innovative financing programs began emerging to help provide up front capital for energy efficiency and renewable energy – technologies that offer strong returns on investment once the initial capital barrier is overcome.

The primary source of investment to date has been national and international funding for rural electrification. China’s National Development and Reform Commission has made impressive strides with programs to provide electricity through renewable technologies such as wind and solar. China invested over US$50 million between 2001-2005 through the “Brightness Rural Electrification Program” to provide renewable energy to remote areas, resulting in nearly 2 million systems installed and electricity for 23 million people.3

In India, the “Lighting a Billion Lives” initiative of The Energy and Resources Institute (TERI) is designed to replace kerosene and paraffin lanterns with solar lighting devices for one billion rural people. Implemented through public/private partnerships, the campaign trains and provides funding to rural entrepreneurs (20 percent of which are women) to help them manage central distribution centers and solar photovoltaic lantern charging stations where lanterns can be rented by community members. The initiative provides a scalable and financially sustainable model for creating health, safety, environmental, and economic benefits both local and global. To date, over 200 charging stations are in operation and over 10,000 households have benefited from the program.

Some innovative organizations are creating the infrastructure to provide wide access to microfinancing for clean energy projects. Such programs use aid and public funds to seed and leverage significant matching investments by local households and businesses. This model results in a more financially self-sustaining program, rather than using public funding for a single wave of projects. Since 1998, Grameen Shakti’s Solar PV program in Bangladesh has facilitated the installation of 350,000 solar home systems by providing credit for installations from over 786 local field offices.4 The non-profit organization aims to provide a million soar systems by 2015.

Since the late 1990s, the United Nations Environment Programme (UNEP) has been working with the finance sector to develop innovative mechanisms for the promotion of sustainable energy technologies in developing countries. In connection with this effort, UNEP has developed Programme Solaire (PROSOL), a utility-bill financing program for solar thermal systems in Tunisia. Since 2005, PROSOL has helped homes and businesses with financing for over 35,000 solar hot water systems, with repayments made over a five-year period on the electricity bill. The public funding supports the cost of a technical assessment and a reduced interest rate for the loans.5 As a result of this program, the market penetration of solar hot water technology in Tunisia matches that of Portugal, Spain, and France.

With the adoption of the Kyoto Protocol to the United Nations Framework Convention on Climate Change (UNFCCC) in 1997 and its subsequent ratification by 187 countries (as of November 2009), many expected that climate programs within the protocol such as the Clean Development Mechanism (CDM) would bring a significant new source of financing to accelerate the adoption of energy efficiency and distributed renewable energy technology in developing countries. Thus far, only a small amount of the capital invested through the CDM has flowed to distributed clean energy resources in buildings. There are a few important barriers standing in the way of such investment: