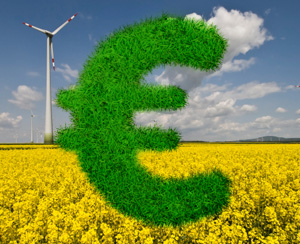 Energy efficiency has long been an integral component of the European Union’s common energy policy. Though policy emphasis on energy efficiency has waxed and waned over the years in deference to shifts in overarching strategies and goals, the EU has once again made energy efficiency a top priority. Early in 2007, the EU proposed a new energy policy as a “first resolute step towards becoming a low-energy economy.”1 According to the European Commission, “The policy puts energy back at the heart of EU action… The aims of the policy are supported by market-based tools (mainly taxes, subsidies and the CO2 emissions trading scheme), by developing energy technologies (especially technologies for energy efficiency and renewable or low-carbon energy) and by Community financial instruments.” 2

Current EU policy on energy efficiency is based on the Action Plan for Energy Efficiency adopted in 2006.3 This six-year Action Plan, which runs from January 1, 2007 to December 31, 2012, is aimed at achieving a 20 percent reduction in energy consumption by 2020. It includes dozens of proposed measures to improve the energy performance of products, buildings and services, to improve the yield of energy production and distribution, to reduce the impact of transport on energy consumption, to facilitate financing and investments in efficiency, to encourage and consolidate rational energy consumption behaviour and to step up international action on energy efficiency.4

The biggest energy savings expected to result from implementation of the 2006 Action Plan are in commercial and residential buildings, with savings potential estimated at 30 and 27 percent respectively. Next in terms of estimated potential savings are: transportation (26%), and manufacturing (25%). Reaching these potentials would correspond to overall savings estimated at 390 million tonnes of oil equivalent (Mtoe) each year, or €100 billion per year up to 2020. They would also help reduce CO2 emissions by 780 million tonnes per year.6

Many of the proposed measures of the Action Plan, however, have yet to be adopted, and the Commission is now committed to reviewing the effects of the 2006 Action Plan and making new proposals for a European energy efficiency strategy—expected toward late 2010 or early 2011. A proposal uncovered at the end of 2009 suggests that the Commission does not expect Europe to reach its 20 percent targets without binding energy saving targets and a renewed focus on buildings, transport, and energy supply sectors. The proposals also move away from promoting energy efficiency using environmental arguments to ones which focus more on job creation and the security of supply. This debate around binding energy saving targets will be the key discussion around the shape of a new Action Plan.

In addition to an overarching Action Plan, the EU has also pursued sector-specific approaches to energy efficiency. In the buildings sector, Directive 2002/91/EC7, the Energy Performance of Buildings Directive (EPBD), sets minimum standards for the energy performance of new buildings and existing buildings that are subject to major renovation. The Directive requires all EU countries to enhance their building regulations and to introduce energy certification schemes for buildings. All countries are also required to have inspections of boilers and air-conditioners.8

In November of 2008, the European Commission proposed a new, more ambitious EPBD. According to the Commission, the design of the EPBD (which is expected to be adopted soon) is “to clarify and simplify certain provisions, extend the scope of the Directive, strengthen some of its provisions so that their impact is more effective, and to provide for the leading role of the public sector.” 9 (For a comparison of the proposed changes to the 2002 EPBD, see The International Network for Sustainable Energy’s Energy Performance of Buildings Directive - Recast 2008-2009.)

Other sector-specific directives aimed at energy efficiency include:

With respect to the energy supply sector, the European Strategic Energy Technology Plan (SET-Plan)16 includes within its scope a focus on smart grid development. The Commission is also examining how information technologies can improve the energy efficiency of a variety of sectors. The EU is devoting considerable financial resources to promoting new energy efficient technologies through research funding and the SET-Plan, and the use of structural funds and European Investment Bank money to fund actual projects.

Therefore, while there has been, historically, a considerable focus on energy efficiency within the EU, the coming months should usher in a profound acceleration in activity, as policymakers consider binding energy saving targets and other measures that will create numerous opportunities for business and society at large.

9 PROPOSAL FOR A DIRECTIVE OF THE EUROPEAN PARLIAMENT AND OF THE COUNCIL on the energy performance of buildings (recast) [http://eur-lex.europa.eu/LexUriServ/LexUriServ.do?uri=COM:2008:0780:FIN:en:PDF]