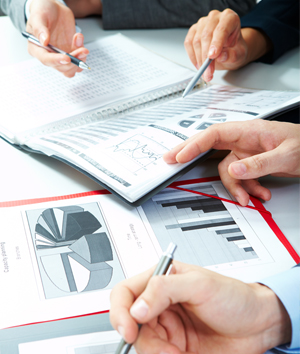 Arguably the most important of these is the proposal for an Energy Efficiency Directive, which includes the following provisions:

This proposal is being reviewed in early 2012 by legislators in the European Parliament and the Council of Ministers, which represents European Union (EU) Member States. The central points of discussion in the negotiations are setting the binding targets and finding ways to finance energy efficiency measures. The Parliament favors a 1.5 percent savings target for energy companies and a 3 percent yearly refurbishment target for public buildings. However, several EU Member States oppose or want to weaken these targets: the Council of Ministers’ latest position on the Energy Efficiency Directive, published in December 2011, suggested that the threshold for public building renovation be raised from 250 m2 to 500 m2.

Regarding the 1.5 percent savings target, the Council changed the conditions that define small energy companies that may be exempted from this obligation to 50 employees from 10, and to a maximum turnover of €8 million per year instead of €2 million as proposed by the European Commission. Furthermore, several countries proposed the deletion of this target, arguing that Member States should decide for themselves on the level of energy efficiency measures needed. According to Fiona Hall, a Liberal Democrat member of the European Parliament, “There is a certain level of resistance in some Member States to the idea of having a binding renovation target given the current financial constraints.”2

Denmark, which chairs the EU’s six-month rotating presidency between January and June 2012, is expected to play an active role in these discussions. The presidency’s agenda gives significant attention to energy efficiency and sets objectives to create sustainable growth and promote a “greener” Europe. A key strategy will be to adopt measures that improve energy efficiency in Europe. “We need more growth without using more energy,” Danish Prime Minister Helle Thorning-Schmidt stated in the welcome speech published on the presidency’s official website3. “It can be done; Denmark has shown that it is possible. We need to conserve energy and use more sustainable energy.” The possible creation of national energy efficiency funds to support the implementation of the Energy Efficiency Directive will also be discussed in detail under the Danish presidency as part of the negotiations for the EU’s 2014-2020 budget.

Milestones and next steps for the negotiations on the directive include the Parliamentary Committee vote at the end of February 2012 and a planned plenary vote in April. Meanwhile, Member State representatives meet almost weekly to discuss the directive as they look for an agreement before the end of June.  However, even if these goals are met, tough negotiations between the European Parliament and Council of Ministers are expected. This runs the risk of the political process dragging on into late 2012, or even early 2013, when Ireland will hold the presidency.  There is even a risk that the Commission may withdraw the proposal and go back to the drawing board.

In addition to the Energy Efficiency Directive, 2012 will see numerous activities around the implementation of the Energy Performance of Buildings Directive (first published in 2002, recast adopted in 2010), such as agreement on the comparative cost methodology, the publication of an Energy Efficiency Roadmap for 2050, measures on the water efficiency of buildings, and plans for voluntary labeling schemes for commercial buildings.

1 An Institute for Building Efficiency (IBE) summary of the proposal is available at: http://www.institutebe.com/InstituteBE/media/Library/Resources/Energy%20and%20Climate%20Policy/(EU)-Proposed-Energy-Efficiency-Directives.pdf?lang=en-US