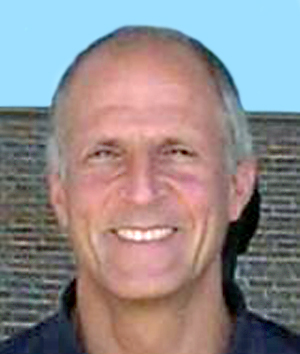 Mark Modera, WCEC director, discussed the center’s role and its progress in an interview with the Institute for Building Efficiency. Modera is also the UC Davis Sempra Energy Chair in Energy Efficiency, Professor of Civil and Environmental Engineering, and an Associate Director of the campus’ Energy Efficiency Center. He previously worked as a vice president with HVAC equipment maker Carrier Corp., and as a principal investigator at Lawrence Berkeley National Laboratory.

Modera: The WCEC was established under the Energy Efficiency Center at UC Davis. Its focus is to address HVAC technologies and strategies, especially for cooling applications, that are effective for western climates in the United States where it is dry, day-to-night temperature swings are large, and the sensible heat ratio (SHR)* is high. The problem is that this makes electric utilities have assets that sit idle for most of the year, but must be available to provide the required peak-hour cooling, typically between 3 p.m. and 6 p.m. on some July and August afternoons.

The WCEC and Its Initiatives Align with California Policy Goals

Modera: We are helping the state toward several energy goals. Much of our work is focused on transforming the HVAC industry, which is one goal of California Public Utility Commission. In addition, HVAC is a significant component of the California Net Zero Action Plan, and most of our research addresses technologies that will help achieve that goal. We’re also aligned with the California Global Warming Solutions Act (AB32), focused on greenhouse gas emissions.

Codes and standards will play a role. Part of the challenge is in analyzing the performance of these new technologies and having building owners make rational decisions whether to purchase. So part of our task is to work with the Energy+ simulation tool to model and predict energy savings. Some of the hydronic technologies, such as radiant cooling, could have a significant impact in California, although that is generally limited to new construction. In terms of breakthrough, the key will be the best use of water. For example, we are looking at practical and cost-effective ways to use grey water for cooling – that could have a large impact, especially in California. We are aiming at a win-win situation: saving energy and at the same time avoiding wasting water.

Modera: The technologies we are working on differ from mainstream cooling equipment and take advantage of the dry California climate. We are looking at evaporative cooling in the form of indirect evaporative coolers. Here, you don’t add moisture to the indoor air as in traditional swamp coolers. If you combine evaporative cooling with standard vapor-compression systems, you can save significant energy with little or no difference in the cooling delivered to the space. That is particularly exciting. We are also looking at radiant cooling. The reason is that in dry climates, less of the load is latent. The air conditioning needs to remove less humidity, and so radiant cooling is less likely to cause condensation and encourage mold.

In addition, we are working on retrofitting existing rooftop units – the packaged units that heat and cool most small and medium-sized commercial buildings – to increase their efficiency significantly. That means long-terms gains in efficiency, since RTUs typically last 15 to 20 years. We are looking at evaporative-technology retrofits, but also at others, such as retrofitting high-efficiency motors, which account for a significant fraction of RTU energy use.

The Western Cooling Challenge Asks Manufacturers To Do 50 Percent Better

Modera: Another initiative is the Western Cooling Challenge, designed to get manufacturers to build an RTU that is roughly 50 percent more efficient and draws roughly 50 percent of existing equipment’s peak electricity demand. We call it a Western Cooling Challenge is because we imagine manufacturers meeting it by using some form of evaporative cooling augmentation. We set up the challenge to entice major manufacturers to join simply by putting some accessories and a few tweaks onto some of their high-efficiency equipment – knowing full well that by going for ground-up designs they could significantly exceed the performance targets. Sure enough, the first two entries that came in were ground-up designs, and the first unit we tested significantly exceeded the requirements. The second one has not yet been tested, but we expect it will show comparable performance. In addition to these entries, we have major manufacturers working with some of our affiliates to produce bolt-on improvements to their existing products, so they can meet the challenge, too. We expect those entries to be for the larger equipment.

We would like the Western Cooling Challenge to be more widespread, expanding from a few people buying this new equipment to increasing its market share.

Modera: The WCEC is a broad-based effort. We have roughly 20 affiliates. They include the three major investor-owned utilities in California: Pacific Gas and Electric, Southern California Edison, and Sempra, as well as Sacramento Municipal Utility District. We also have large manufacturers including Carrier, Lennox and Trane, as well as smaller manufacturers, and retailers like Target and Wal-Mart. The California Energy Commission, while not truly an affiliate, is one of the largest funders of our research. In the end, we have a perfect combination to research and deploy new technologies.

* Sensible heat ratio (SHR) is the ratio between the energy required to reduce air temperature, and the total energy required for cooling – including the portion needed to dehumidify the air..