LEED v4 ratchets up the role of technology 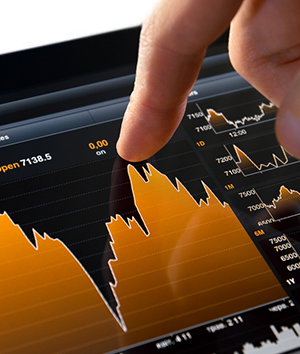 The expansion of voluntary green building certification is an increasing global trend. In the Institute for Building Efficiency’s 2013 Energy Efficiency Indicator (EEI) survey, 26 percent of respondents had achieved and 29 percent intended to achieve voluntary green building certification for their new facilities and existing buildings. Especially interesting is that this level of interest is more than five times greater than before 2012. The trend is important to note in looking forward to the new requirements in LEED v4, the newest version of the LEED green building program which officially launched at U.S. Green Building Council’s (USGBC) 2013 Greenbuild International Conference and Expo.

LEED v4 has many key changes that affect the role of technology in green buildings. Specifically, LEED v4 emphasizes performance by using building technologies to help fulfill prerequisites and credit requirements. Performance standards for new construction translate to an emphasis on installing technologies or technology infrastructure that equip buildings to continuously monitor and improve performance. In existing buildings, performance is underscored with increased monitoring, measurement and verification of building data, as well as ongoing operations and maintenance plans for more aspects of the building. A look at building energy performance, metering, measurement and verification, demand response and indoor air quality helps illustrate the changes coming in the LEED v4 rating system and how technology will aid in attaining requirements.

Building energy performance is a mainstay of LEED and a prerequisite in the rating systems. For LEED v4, the USGBC updated the referenced standard for new construction (NC) projects from ASHRAE 90.1-2007 to ASHRAE 90.1-2010. The 2010 version of this standard has an increased emphasis on lighting controls, such as daylighting controls, automatic shutoff controls, and occupancy sensors, as well as plug load controls – technologies that can help achieve ongoing energy efficiency performance in the buildings after occupancy.

In existing buildings (EB), the ENERGY STAR performance requirement has jumped to 75 in LEED v4, versus 69 in LEED v2009.  However, the USGBC is offering projects that cannot meet that lofty minimum rating a chance to meet this prerequisite by achieving a 20 percent improvement in energy efficiency over a 12-month period. This pilot “alternative compliance path,” known as Energy Jumpstart, will help address a large stock of existing buildings that otherwise could not be certified but have the potential for impactful improvement. Building energy management platforms that tie into meters and building automation systems can help building owners track and monitor data, detect problems that waste energy, provide measurement and verification of energy improvements, and calculate energy savings.

Metering is a new prerequisite in both NC and EB and is a new credit in NC (it is a combination of old credits from the LEED v2009 EB standard). The prerequisite for both NC and EB requires the installation of meters that can measure at least whole-building energy use, and requires the data be tracked and reported at a minimum of one-month intervals for five years. The Advanced Energy Metering credit requires additional meters for any individual energy end uses that account for at least 10 percent of total consumption for NC and 20 percent of consumption for EB. In addition, the credit requires that data be transmitted and accessed remotely and reported at hourly intervals. With the metering prerequisites and credits, the USGBC strives to allow energy consumption data to be visible and accessible, enabling measurement and verification of energy demand and consumption. The importance of technologies such as building automation systems, meters, wireless infrastructure, and energy management platforms is obvious in LEED v4, as they allow for measurement and verification of energy savings, and enable detection of abnormal energy consumption or spikes in consumption.

A new credit in LEED v4 for both NC and EB projects is implementing or designing a demand response (DR) program that curtails at least 10 percent of the building’s peak demand. Using technologies such as a building automation system, meters, and an energy management platform, building operators can view how much energy is being consumed and when, allowing them to manage this consumption as part of a DR program.

Among 2013 EEI survey respondents who intended to achieve voluntary green building certification globally, large majorities indicated that they measure and record energy usage at least weekly. Seventy-five percent of those interested in certification for NC said they did so, along with 67 percent of those interested in certification for EB. That contrasts with 12 percent and 21 percent in 2012 or earlier. This demonstrates a correlation between green building certification and frequent energy measurement. The updated prerequisite and credit requirements in LEED v4 are pushing building projects to use technologies to increase visibility into their energy consumption, allowing for a more granular view of spikes and helping to reduce overall consumption.

The indoor environmental quality category in LEED v4 puts a premium on air quality, specifically through emphasis on monitoring of air quality throughout the building. Even in new construction, LEED v4 adds requirements for outside air delivery monitoring, again demonstrating the emphasis on installing infrastructure in new buildings that will allow performance to be monitored and managed after occupancy. The new Enhanced Indoor Air Quality Strategies credit in LEED v4 in both NC and EB stress the importance of employing sensors to monitor parameters such as outdoor air and contaminants. Many platforms that also monitor energy performance can monitor indoor air quality and airflow, and alarm with deviations from design or setpoints. This again proves the importance of building technology that allows for increased performance.

The increasing emphasis on performance makes smart building technology increasingly important and relevant in green buildings and their certification. Building technology that allows operators and occupants to measure, analyze and interact with building systems will allow for more grid-responsive, resilient, efficient, energy positive and networked buildings.