Meeting of the Minds: Diverse Experts Explore the Future of Demand Response in Smart-Grid World 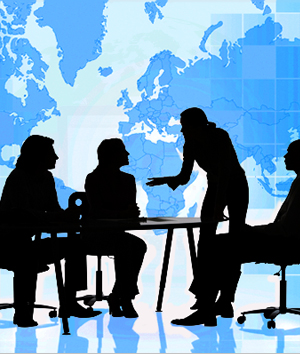 The Bridge to the Smart Grid

Electricity systems around the world are being upgraded with the communication, automation and metering technology that have come to be known as the “smart grid.” The benefits are widely cited: An intelligent system that coordinates the aggregate impacts of both supply and demand promises to increase reliability, save money, and reduce environmental impacts by limiting capacity additions and enabling more clean-energy contributions.

While smart grid investments are underway, they are generally supply-side approaches.1  Opportunities for energy consumers to participate in the larger electrical grid are confined to demand response programs offered by power system operators and utilities that encourage temporary changes in electricity usage. Some forms of demand response, such as interruptible power contracts for large industrial customers and direct control of air conditioners for consumers, have existed for decades. Others, such as aggregation of “negawatts” bid into wholesale markets by third-party suppliers, and automated demand response in commercial buildings, are more recent innovations. Together, demand response resources have come to play a notable role in the electricity systems of the United States. A recent estimate from the Federal Energy Regulatory Commission (FERC) reports that there are 58 GW of demand response resources enrolled today, representing 7.6 percent of peak demand.2

Demand response has grown significantly in recent years and is expected to continue evolving as the demand side of electricity markets becomes more intelligent, dynamic, and sophisticated. If the smart grid concept requires seamless interaction between producers and consumers of electricity, the next three to five years of demand response program evolution can be seen as a bridge to the smart grid, building on successes to date and moving steadily toward a more dynamic and interactive electricity system.

Dialogue: The future of demand response

To analyze this trend and explore the need for enabling research, the Institute for Building Efficiency convened a group of U.S. and international experts on April 6, 2011 in a workshop on the future of demand response. Targeting the important sector of commercial and institutional buildings, the group pulled from decades of collective experience and diverse perspectives to explore the question of how demand-side resources can best meet the needs of the grid.

The group met at the Johnson Controls offices in Washington, DC and included remote participants via web conference. In addition, a few individuals not present for the discussion provided input through separate conversations. Participants in the workshop include:

• Chris Irwin – US Department of Energy

The discussion touched on the technology, policy and market issues that the group sees as important as demand response programs of today evolve to become a key component in the smart grid of the future. With a diverse group of experts exploring an exciting and timely topic, the conversation was both engaging and enthusiastic. Four key themes emerged, leading to a general consensus around the optimal areas of research focus for the Institute.

Learn More about this smart grid discussion in the Dialogue Summary, available at the top of this article.

1  A recent estimate of the annual global spending on smart grid predicts that investment will grow from $10B to $35B US between 2009 and 2013. See Pike Research, “Smart Grid Technologies,”(4Q 2009). http://www.pikeresearch.com/research/smart-grid-technologies