MPG for Buildings: Energy Disclosure as a Tool for Market Transformation 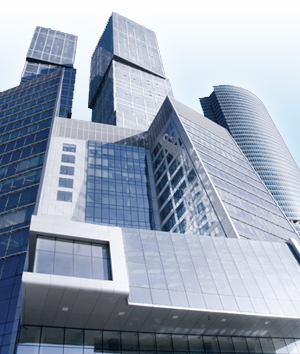 There was a time when miles per gallon (MPG) meant nothing to most people. Today, every car commercial seems to highlight MPG as a key feature. The MPG rating only moved the market because every vehicle has one. Consumers can ask, “What’s your MPG?” and compare like vehicles when making purchasing decisions. Similarly, states and cities across America hope that, one day, tenants will ask building owners “What’s your ENERGY STAR Rating?” While approaches vary, the goal is the same: increase the efficiency of the building stock by enabling the flow of information into the market and encouraging the market to price energy efficiency.

One ready-made equivalent to car fuel-economy ratings is the ENERGY STAR building rating system, a U.S. EPA program supported by analysis from the U.S. Department of Energy. Building owners calculate their ENERGY STAR rating by entering a few key features of their buildings, including square feet, location, and utility bill information, into the free ENERGY STAR Portfolio Manager tool. The tool uses the information to compare the building in question to a database of like buildings. The output for most building types is a score from zero to 100. A score of at least 75 earns the building an ENERGY STAR certification. Cities, and other certification systems including LEED, have adopted ENERGY STAR for its simplicity and essentially zero cost.

Four approaches to leveraging ENERGY STAR for market transformation have emerged, as described below.

Forget “Do what I say, not what I do.” Many cities have decided to show their constituents how their buildings use energy by benchmarking them. By disclosing the ENERGY STAR rating – and in some cases even more detailed information – cities are leading the way in making the market aware of differences in energy use between buildings. Cities list their buildings’ energy use and compare by building types. The information forces building operators to answer for inefficient operations and holds them accountable to taxpayers for inefficiency. The goal of leading by example is to influence private entities to begin disclosing the energy use of their buildings. This is a light-touch approach, since compliance by commercial owners is voluntary.

The Fresh AIRE program in Arlington County, Va., has embraced public disclosure. Dashboards have helped the county identify underperforming buildings and hold public officials accountable for meeting their emission reduction targets. Between 2009 and 2010, the county cut total energy use in buildings 3.7 percent, reducing electricity by nearly 2 million kWh and natural gas by 14,000 therms. These reductions have saved the county more than $175,000 annually. The county has built on the program by creating a voluntary program for commercial office property, the Arlington Green Games. Meanwhile, Washington, D.C., has launched an energy-use database for its buildings, and New York City will disclose its buildings’ usage in September.

Approach 2 – Can You Keep a Secret: Disclosure of Energy Performance at Time of Transaction

What if you had to tell all your bad habits on a first date? That is the concept behind disclosure of energy performance at the time a building is sold. Building owners must disclose to their counterparties how well they use energy before a deal can close. The thought is:  if owners must make this disclosure, buyers will begin to take energy efficiency into account when purchasing buildings. Owners will then have an incentive to monitor energy usage before they look to sell.  This is a slightly more aggressive approach to disclosure, though commercial owners are not required to disclose their energy usage to the general public.

The State of California, through AB 1103, requires owners of all commercial buildings over 1,000 square feet to disclose their ENERGY STAR ratings at the time of a transaction to their counterparty and to the state.   The legislation was enacted in 2007 and takes effect in 2012. The state hopes the program will lay the foundation for more market transformations in the future, potentially including mandatory upgrades.  Some cities, including Seattle, have implemented similar requirements.

If a tree falls in the woods and no one is there, does it make a sound? If a building is wasting energy but no one has done an audit, is it really an energy inefficient building? Yes, of course. But cities are betting that if owners are forced to benchmark their buildings, they will see the inefficiencies and take action to correct them. By establishing a baseline, good managers can make no-cost or low-cost improvements to start, and go on from there.  Tenants may also ask to see the energy ratings if they know every building has one, and that will place further pressure on owners and landlords. This is the gold standard of disclosure: It pushes the market to make ENERGY STAR ratings public.

The approach is not without controversy. While high-end building owners who have embraced energy efficiency support it (think Toyota Prius owners supporting high MPG), many building owners feel it infringes on their rights (think Hummer owners arguing they have a right to get 5 MPG). It is too early to tell how these rules will play out. Opponents argue that ENERGY STAR ratings are too easy to manipulate. There is also the question of how cities will enforce the rules. Many cities and states with laws like these on the books have already pushed back the implementation deadlines.

New York City’s Greener, Greater Buildings Plan requires owners of buildings over 50,000 square feet to conduct ASHRAE Level II audits and submit their ENERGY STAR ratings to the city for publication on a public website. The law has potential to increase the building space benchmarked in the city from 400 million square feet to 2.5 billion square feet.  Washington, D.C., and San Francisco have enacted similar laws.

While important, building codes only address a small part of the problem of energy efficiency, setting standards solely for new construction. There has been some movement toward requiring existing buildings to meet efficiency standards, addressing the heart of the energy efficiency opportunity. So far there are a few laws on the books, but it is difficult to know how and whether they will be enforced. Building owners argue that this approach is a true infringement on their rights. Cities argue that the improvements will save owners money.

The City of Austin, Texas, has instituted an upgrade requirement for multifamily housing, while other cities and states have requirements to upgrade efficiency at the time of transfer or renovation. A number of states and cities are considering such requirements.

Disclosure of energy performance at various levels, like disclosure of MPG ratings on cars, has potential to raise awareness of the importance of energy efficiency as a key building attribute. That, in turn, may encourage owners to undertake more energy efficiency improvements, enhancing their bottom line and contributing to larger municipal, state, and national imperatives to use energy wisely, operate more sustainably, and reduce greenhouse gas emissions.