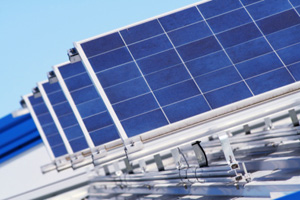 Property-assessed clean energy (PACE) financing remains a viable model for commercial buildings in the U.S. and around the world, even though U.S. residential PACE programs are facing delays.

PACE financing is an innovative funding mechanism that overcomes many of the largest barriers to energy efficiency and renewable energy retrofits, especially:

The PACE concept was created in Berkeley, Calif., in November 2008, and the model quickly gained traction throughout the country. To date, 23 states have passed PACE-enabling legislation, and two more allow PACE through existing authority.

PACE legislation gives local governments the authority to create special “land-secured financing districts” that property owners may voluntarily join to fund energy-efficiency and renewable energy improvements. Funding for projects is secured by a tax lien on the property (which may be senior to all other obligations). The owner repays the money as a special line item on the annual property tax bill over a 5- to 20-year term.

While some local PACE programs sell revenue bonds to fund a pool of projects, others allow building owners to arrange their own financing directly with a commercial bank and leverage the enforceability of the tax lien on the property as security for financiers.

Most planned residential PACE programs – although gaining in popularity – have not gone forward. The Federal Housing Finance Agency (FHFA) views the senior lien provision as an unwarranted risk to federal home loan banks and questions levels of consumer protection. The agency has effectively ended residential PACE programs that assign seniority to PACE liens, as Fannie Mae and Freddie Mac issued letters stating that PACE financing constitutes a mortgage default. Stakeholders continue to work optimistically toward resolution, such as through federal legislation, to allow residential PACE programs to resume, but a long road remains ahead, and the early model may be modified.

The stalemate in the residential sector has generated much attention, leading many to believe – mistakenly – that all PACE-like financing programs are dead. In reality, commercial PACE programs remain viable because, unlike FHFA, some holders of existing commercial mortgages have been willing to allow building owners to participate. Commercial lenders favor PACE because clean-energy improvements increase the property value of their underlying asset, and because many see opportunity as providers of PACE financing itself.

Commercial PACE programs are currently active in San Francisco and Sonoma County in California, and programs in Washington, D.C., and Los Angeles are on track to be launched. Momentum for commercial PACE is also building outside the U.S.: A new program in the City of Melbourne provides an attractive model for commercial retrofits.

Given the deep greenhouse gas emission reductions available from retrofitting the existing commercial building stock, and given that few alternative funding options exist, PACE is an exciting approach that can be refined and applied with high potential for success.

Find out more about the PACE-like program in the city of Melbourne, Australia.

PACE Legislation and Activity Across the U.S.

You need to upgrade your Flash Player