Some Smart Buildings Scoring Zero on Energy Use 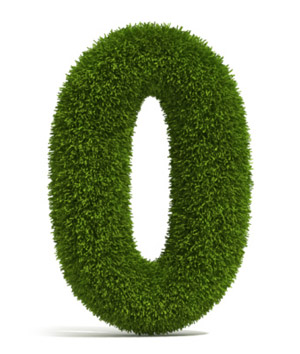 One of the most promising benefits derived from smart buildings and a smart grid is the coordination and integration of many types of energy resources. Renewable energy systems, energy storage, combined heat and power applications and a host of energy loads can now be tied together in a meaningful way. The result is a big reduction in energy and carbon footprint. As buildings become smarter, there will be more instances of net zero energy buildings, an important part of the low-carbon economy of the future.

Many initiatives, including the U.S. Environmental Protection Agency’s ENERGY STAR program and the U.S. Green Building Council’s LEED rating system, encourage increased energy efficiency in buildings – typically stated as a percent improvement (20% more efficient than a conventional building, or 40% more efficient than ASHRAE 90.1-2007). Such relative improvements save energy and reduce environmental impact, but they lack the simplicity and inspiring vision of an absolute goal like “zero.” They also do not guarantee energy sustainability, since even a growing number of more efficient buildings can still burn fossil fuels and produce excessive greenhouse gases far into the future.

In pursuit of energy efficiency and sustainability, net zero energy buildings (ZEB) are an exciting ultimate goal. A ZEB is a residential or commercial building that consumes a net total of zero energy from nonrenewable sources (such as utility electricity, natural gas, or oil). These buildings are so energy-efficient that they can rely mainly on renewable energy generated on-site. They typically use grid electricity at times of the year when renewable energy generation is not sufficient to meet demand. But at other times, on-site generation is greater than the building’s needs, and excess electricity is exported to the utility grid. Over the course of a year, the cumulative grid electricity consumed is offset by the excess generated for others to use. A small but growing number of ZEBs exist throughout the world, and policies and programs are emerging to support their widespread adoption.

A number of programs and policies now encourage zero energy buildings. In the European Union, a March 2009 resolution required that, by 2019, all newly constructed buildings produce as much energy as they consume on-site. Also in March 2009, a Zero Net Energy Buildings Task Force created by the U.S. Commonwealth of Massachusetts released a report detailing strategies for universal adoption of zero net energy buildings for new construction by 2030. The U.S. State of California’s Long Term Energy Efficiency Strategic Plan, adopted in September 2008, calls for all new residential construction to be zero net energy by 2020 and all new commercial construction to be zero net energy by 2030.

At the national level in the U.S., the U.S. Department of Energy’s Net-Zero Energy Commercial Building Initiative (CBI) aims to achieve marketable net-zero energy commercial buildings in all climate zones by 2025. Further, Section 422 of the Energy Independence and Security Act of 2007 charges the CBI to “develop and disseminate technologies, practices, and policies for the development and establishment of zero net energy commercial buildings for:

Current zero-energy buildings tend to share a number of characteristics and design concepts:

1 Zero Energy Buildings: A Critical Look at the Definition [http://www.nrel.gov/docs/fy06osti/39833.pdf].