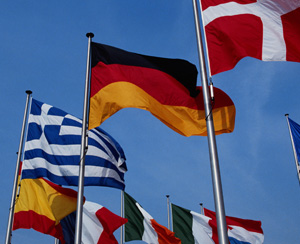 Several experts from the Johnson Controls Institute for Building Efficiency, including Clay Nesler, Jennifer Layke, and Derek Supple, joined government, NGO and private sector leaders at the 32nd session of the United Nations Framework Convention on Climate Change (UNFCCC) in Bonn, Germany.   On the heels of the Copenhagen negotiations last November, this meeting discussed next steps for a global international treaty on climate, including the development of an international technology transfer mechanism and fund.

At the UN negotiations in Copenhagen in December 2009, the US led a number of developed nations, including Spain and Germany, to commit to contributing $30 billion of funding through 2012 for mitigation and adaptation efforts in the developing world. This action is largely seen as the first step towards building adequate trust between developed and developing nations to enter into a legally-binding treaty in the ongoing UNFCCC negotiations. However, there is little clarity on where these funds will come from, and skepticism exists among the developing world as to whether or not the developed world will follow through on its promise. The coming months will be critical in getting final commitment from developed nations to quickly establish the $30 billion fund and identify an appropriate implementation package.

Johnson Controls collaborated with the Business Council for Sustainable Energy to bring together business leaders and discuss the importance of private sector engagement in the design of technology transfer programs in the UNFCCC.